The history of bananas in Greece dates back in 1988. Before then, the import of bananas was restricted in Greece since there was a governmental preferential law.

After the partial ban removal in 1988, import of bananas began from ACP countries and especially from Santa Lucia (Windward Islands) and then from Somalia with packages of small boxes of 14 kgs each. Moreover, we were the exclusive shipping agent of the vessels, discharging the fruit, clearing it through the customs and forwarding it to the clients all over Greece.

About two years later (1990) the dollar zone countries were allowed to export bananas to European countries, so the banana companies started to import the product from South (Latin) America. The countries of origin were Panama, Colombia, Costa Rica, Ecuador, and others. The boxes were larger and almost 19-20 kgs each. The discharging port was Patras, which was used to drop the vessels with lots of difficulties. The cargo was transported by reefer vessels, initially packed loosely in boxes inside the vessels’ hatches. Then, they started been brought on pallets.
Despite the fact that there were three unions of labourers and the port was big enough, we could only drop off a limited quantity per shift, and there were a lot of state-owned and bureaucratic problems. As a result, Kostas Karlos had the brilliant idea to transfer the activity to Aegion port, a small port to the direction to Athens at which the largest domestic fruit market is located. There the labourers’ union stood up for the challenge, cooperating more effectively and working in more than one shifts. So they became experts to the fruit handling, as it is very a delicate product that needs special treatment.

This small but pretty manageable port became particularly famous for its efficiency in discharging cargoes with speed and safety. The procedures were easy to implement due to the lack of traffic and the great flexibility in comparison to the big ports that where time-consuming berthing, expensive port calls and a lot of different service providers were mixing and confusing
the process. Aegion had none of these problems, and it looked ideal for discharging and controlling bananas.

The port was bared, but the idea was an excellent. The people there trusted our vision and offered maximum freedom to operate and elaborate it into something tangible.

We mean business,
we mean bananas…

The build-up started from scratch. At first, we inside the port area banana-specialized cold stores inside the port area, so the fruit was immediately injected from the vessel’s hatches into the cold storage. This was a game changer; Our Company invested heavily in infrastructure as the port had no warehouse or even machinery for the discharging and delivering procedures.

We initiated a business plan with heavy investments for cold stores and machinery and an intensive training ground for stevedores and middle-class executives in every aspect of the banana procedures. Thus, the discharging process, the quality control, forwarding, and warehousing were now under constant monitoring, adding value to the pallets. Our mission was to deliver the service and protect the interests of our corporate clients. We’ve created manuals and procedures for every single aspect of the business creating a vertically integrated service controlled fiscally from our office. Moreover, we’ve encouraged organic recruitment, a crucial decision; new members that learned the business from

the start and shared the corporate culture in a unique fashion. All of our procedures and executives became specialists. Over the years, the extensive customization created a string of services and that was the key factor to vertical integration.

Every single box that was discharged was searched and controlled by hand if it was green/soft or yellow to ensure that the clients received only fresh green bananas. Also, our expert employees were conducting quality and traceability control according to their certified training in Antwerp. We could re-palletize the pallets if there were ripe bananas.

The Aegion port served thousands of reefer vessels of all the corporate banana companies such as Chiquita, Bonita and Dole and became a gate for South American products. Our company grew and flourished through Aegion, we became specialists in fresh and perishables, a centre of excellence. A legendary terminal for Chiquita for almost 30 years.

In 1994, following the invitation of our clients (the banana companies), we operated at the Nea Peramos private port in the north of Greece near Kavala and Thessaloniki. Working on the same idea, our company detected the same opportunity in this North port. Ideally located close to the neighbouring Balkan countries, it could have played the role of a mini-hub; the reefer vessels could drop off their cargo there and distribute them primarily in Turkey and secondly in Bulgaria and Romania. The most important aspect of the vessels was the time and money saving factor, entering the Bosporus channel to get into these markets was not necessary.
Again, similarly to the Aegion centre, the port was small and without traffic. We constructed cold stores inside the harbour, to keep the fruit as fresh as it was coming out of the vessel’s hatches. We made sure the quality of the service was equal to the Aegion centre, and the companies put their trust on us. Over the years the port became a spot reefer terminal and served the fresh fruit markets until 2006 when its lifespan came to an end.

A new trend, a new era

In 2012 something was changing in the business. The way of transportation altered and a new trend shifted from the norm. The reefer vessels were an expensive sport, and gradually the industry was converted to containers. A reefer container for bananas was always a controversial issue, as
the fruit is exceptionally volatile to handling during the supply chain process. Once again, the corporate clients asked us to step up. And so we did, by initially setting a new business at the port of Thessaloniki.

We introduced ourselves to the port of Thessaloniki in 2012, and our arrival there boomed the banana import to the port. Inside the port, we retained cold store premises and exploited the usual strategy for perishables. With vast experience and know-how, the corporate banana companies rendered our services and up until now we are doing what we are well known for; service to maximum quality and a specialist’ treatment to reefer business. We are the only company inside the port of Thessaloniki that is involved with fresh fruit, and the biggest (in volumes) distributor of reefer con in the harbour. The new era has arrived, and we intend to be part of it. 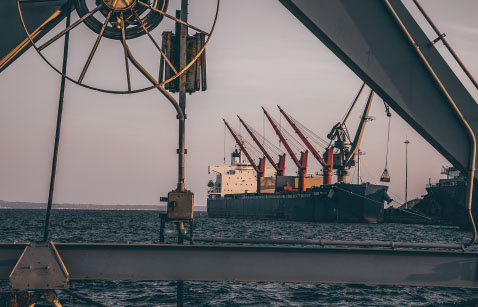 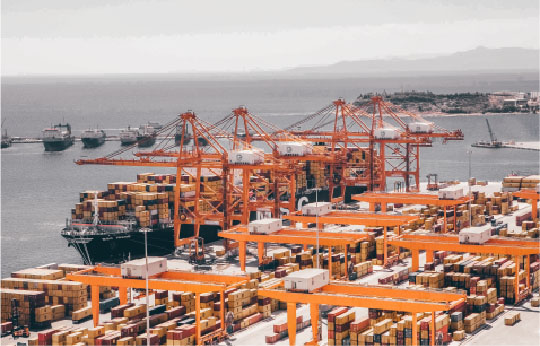 Since 2012 we are also providing services to Piraeus port for reefer containers of our clients, primarily with custom forwarding and agency services and since 2017 with cold stores facilities in Aspropyrgos area, an industrial area for warehousing in Athens and Piraeus. Our company has been updated and adapted to the container terminals needs, but we took the legacy of the previous generation with us – we are bananas, we speak bananas, we feel bananas!
(To be continued…)!

“We’ve created manuals and procedures for every single aspect of the business creating a vertically integrated service controlled fiscally from our office.”